Here's a straightforward one we've had a play with recently.

When the customer bought the bike it'd been dropped on both sides, and has the marks to show it. Here's some pics of the bike before we got a hold of it, complete with bombastic metal flake. 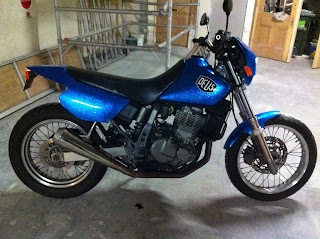 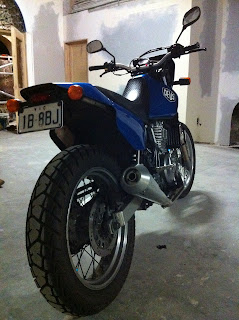 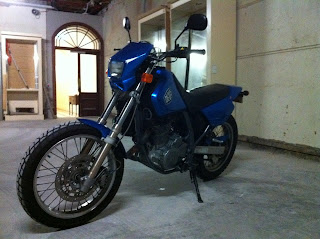 The customer wanted something a little more traditional looking than the standard headlight surround. He tracked down an XJR1300 headlight and we mounted it and sorted the electrics.

Finished in the workshop... 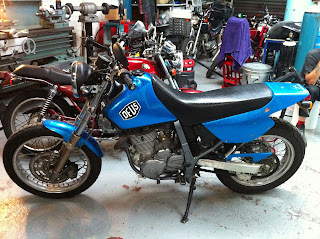 A few days later and it's up and doing the rounds of Bright and Omeo. 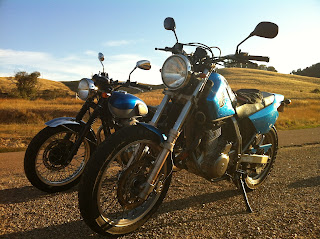 While he was away riding he had a bit of an 'incident' with the tail light. (It wasn't made by us!) It was flimsy and starting to crack from the vibrations generated by a big single, breaking and falling on the rear tyre, shattering the light.

So, we changed the tailight out to something brighter and mounted some smaller indicators further under the rear fibreglass. Some more pics (Again, from the customer) 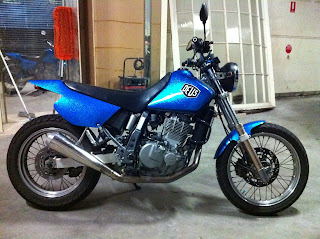 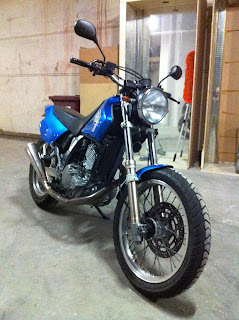 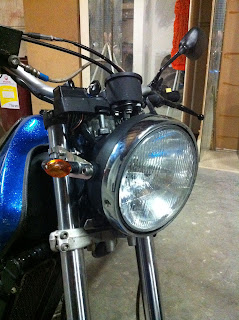 When it's not lit up, the tail section is hidden under the fibreglass, lightening the look of the bike a fair bit. While we were in there, we found the cause of some of the fibreglass cracking on the right hand side of the ducktail. The exhaust mount bracket was pushing against it, causing some of the 'spiderwebbing' in the finish on the other side. We trimmed the mount so it won't cause any further problems. 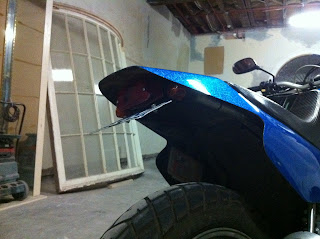 Pretty subtle eh? But when it's lit up... 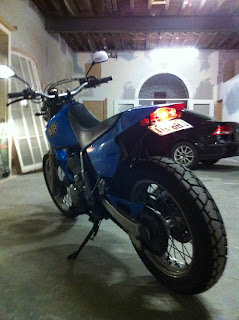 It's a lot brighter than before. Overall a much safer and sturdier package now. Some welding was required and the thing is so solid now you could literally drill down through the tail, mount a ball and tow a trailer.

So it looks like that's the first stage done there.

But while we had the bike, we couldn't help ourselves and have a play with some spare tanks and seats we had around the workshop. We tried a dozen tanks, but none worked as well as an old Ducati parahell twin tank. 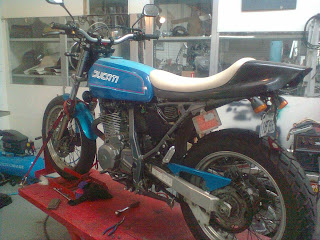 Watch this space.
Posted by Marlon at 9:28 PM 4 comments