SR400's at the Island Classic

We spent a huge weekend at the glorious Island Classic.

While lurking around Reddit we came across these two pics of one of our racebikes taken by Alexander Brisbane. Many thanks to him for letting us stick them up here. 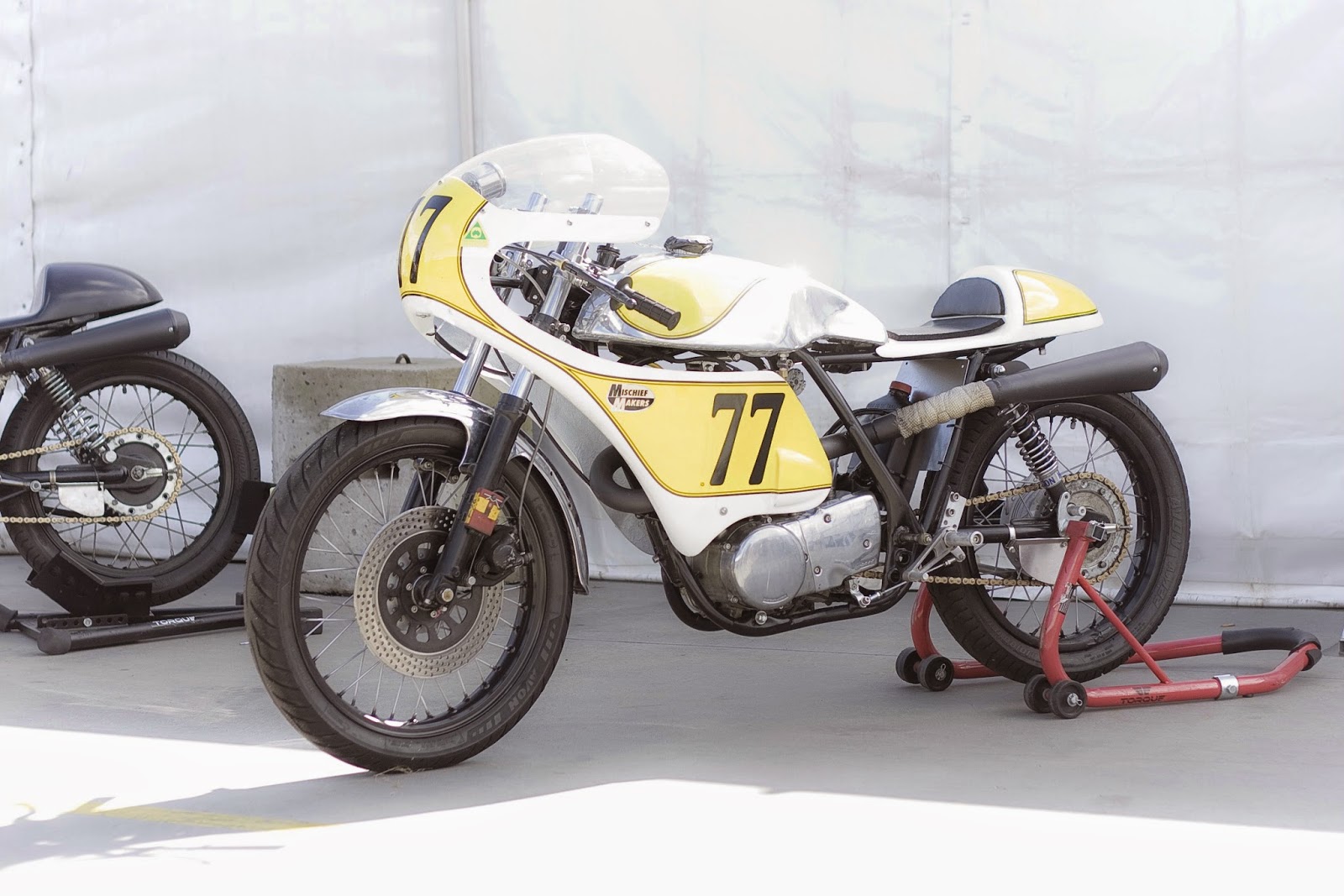 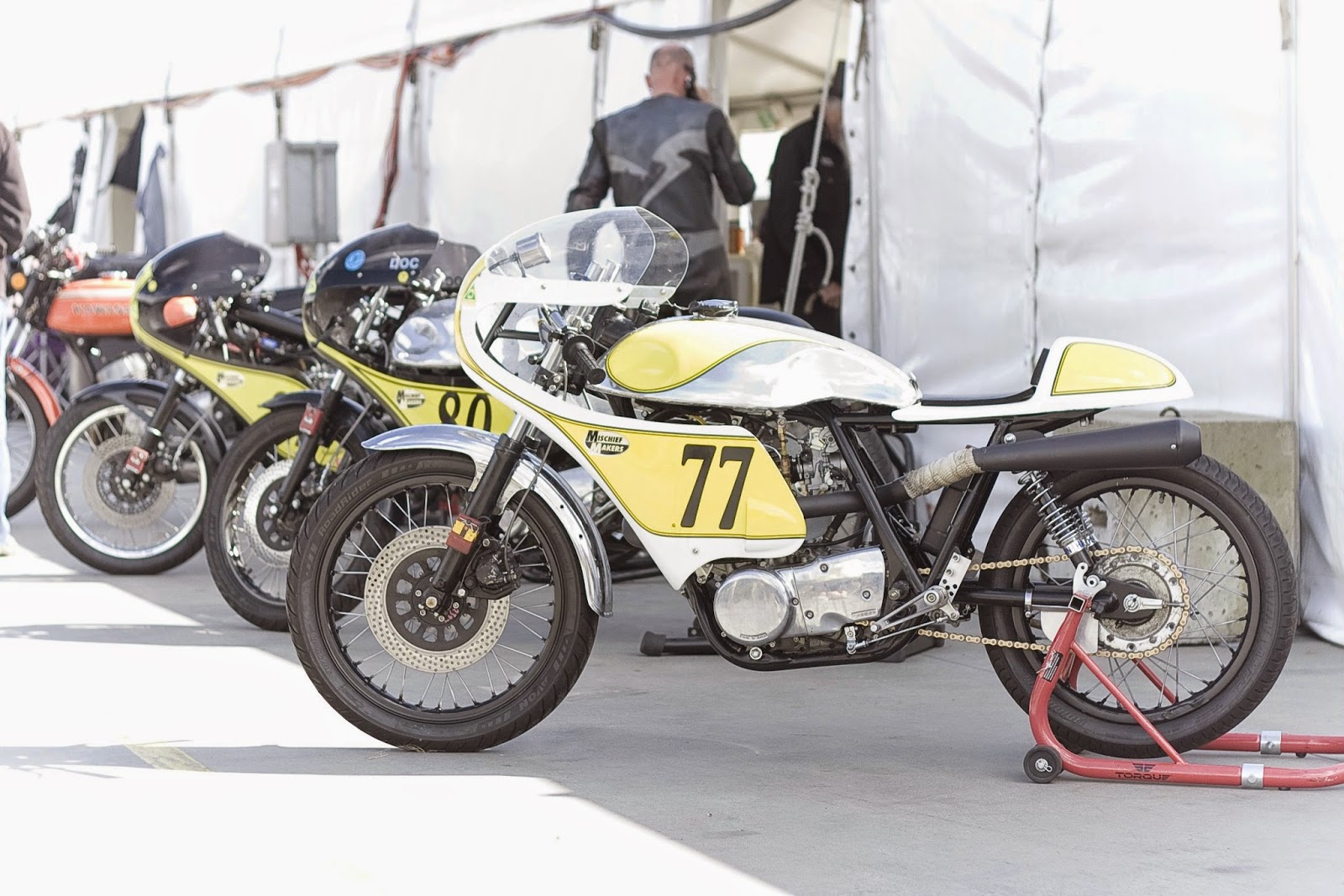 The rest of his photos can be viewed here.

(As an aside, this guy can take some pretty damn good pictures!)
Posted by Marlon at 4:23 AM 1 comments 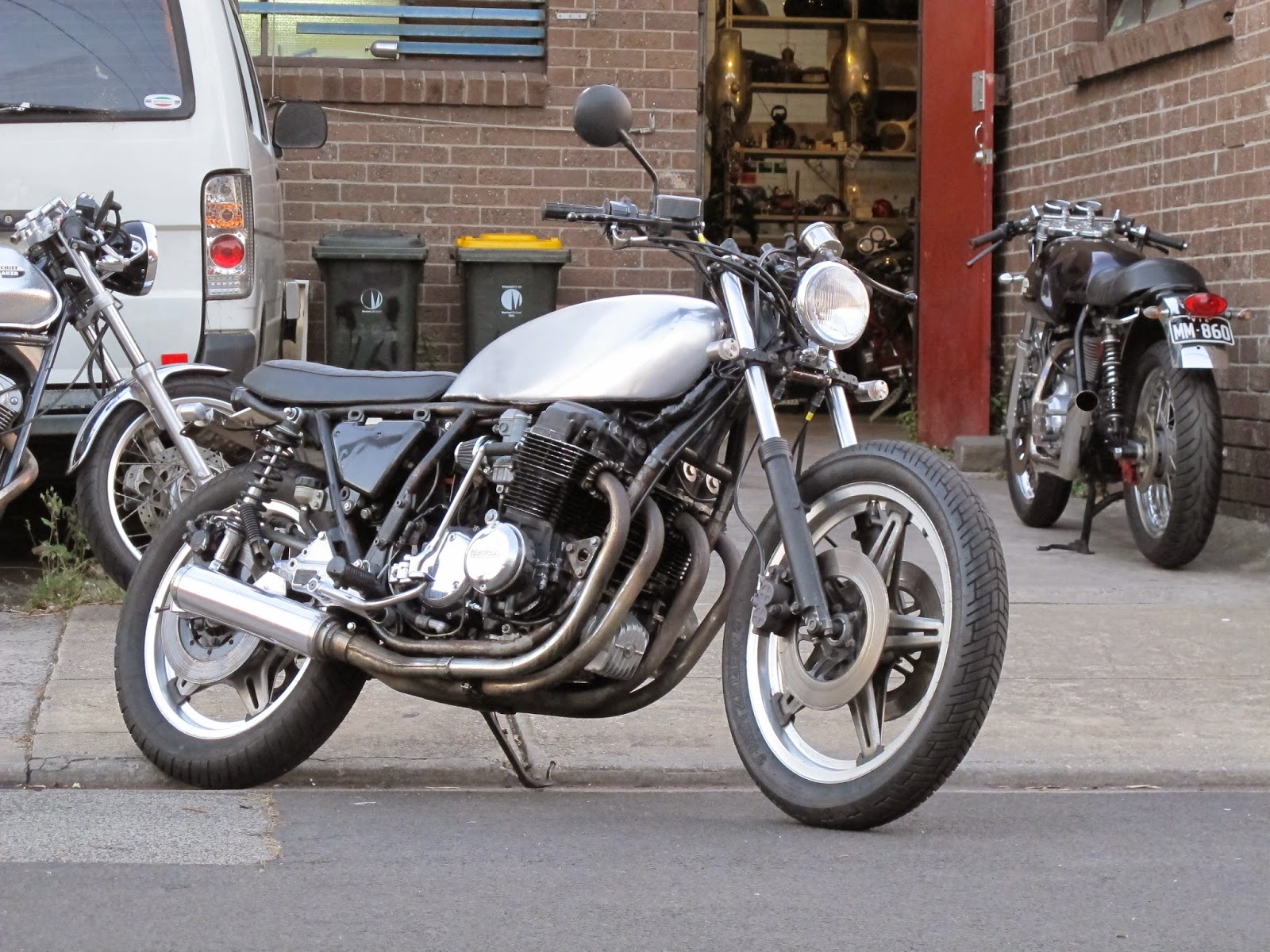 And there she is!

For the record it's a 1978 CB750 that was purchased for a very good price. As such the owner didn't want to get too fancy with it because it'd be a commuter - he lives at the end of a dirt road and said he was never going to bother cleaning the bike in it's life.

Fair enough. The engine was strong and had plenty of life left in it. The electrics were good and the carbs were cleaned so after a few cosmetic modifications it left us and, last we heard, is happily riding about in Victoria, looking considerably less naff than when we first placed hands on it.

We cut off a bunch of brackets, welded a new frame loop up, made a sidecover, swapped over some bars and fitted an aluminium tank - which required swapping out the tunnel, moving the fuel tap and various other bits of welding.

Stay tuned for some more updates on what we've been up to over the last few years!