The owner of this bike had taken a 900 Ducati bevel driven frame and had it modified around 14 years ago by the legendary Bob Martin to accomodate a later 900 belt drive motor. We came to meet the bike as it was entering it's next incarnation and Bob, who had, sadly, passed away by then, was no longer around to carry out the work.

Firstly, the frame needed to be modified so that a choice of dual and single seats could be used as desired. And... er... in our enthusiasm we forgot to photograph this bit. Sorry about that.

Onto the part where we actually did remember to take photos. A CNC machined 'reversed' rear cylinder head was bought from Germany. It was fitted so that the rear head could run it's exhaust forward and have the carburetter behind in the same manner that the bevels and the early belt motors had done. 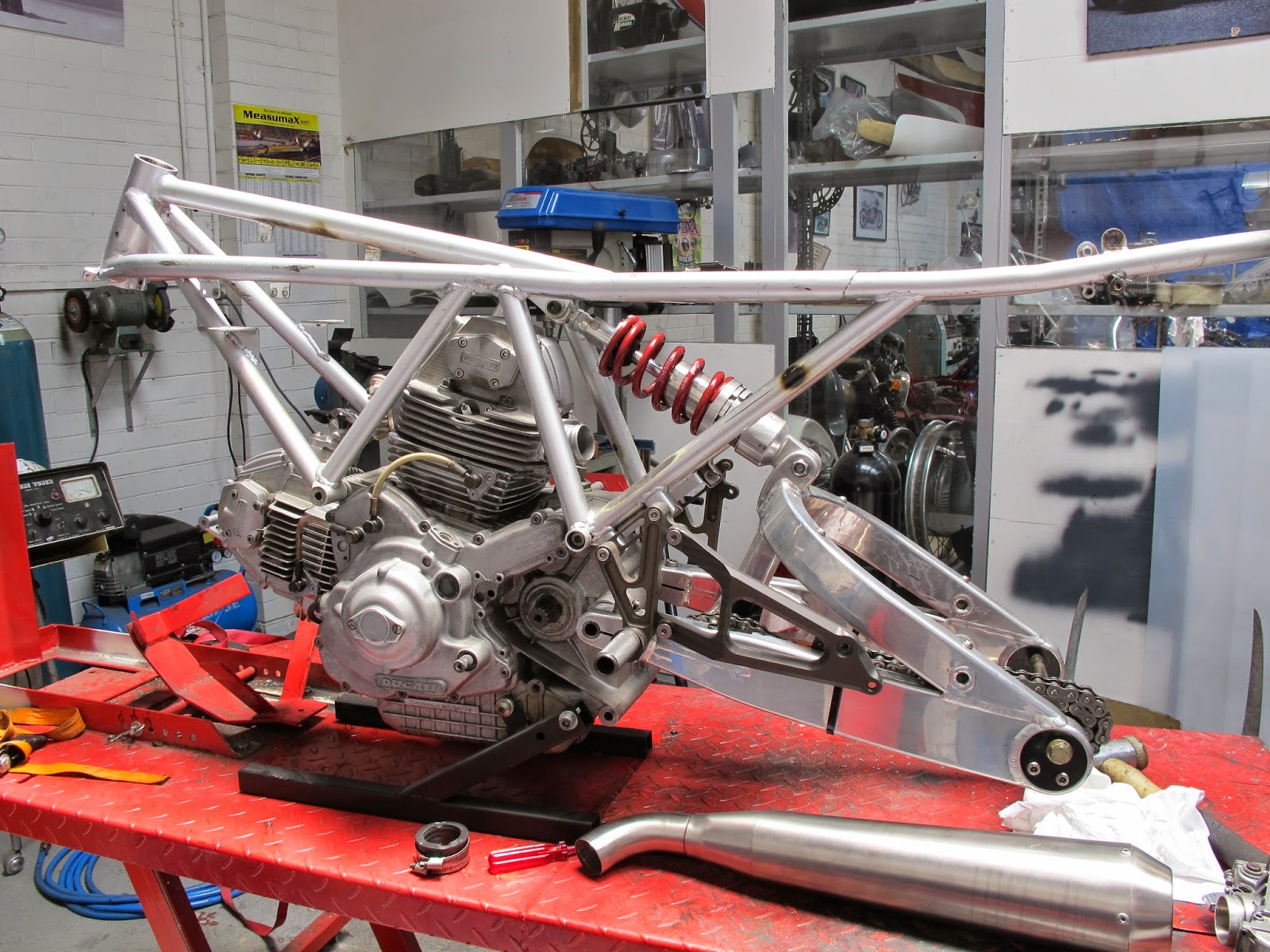 This required us to fabricate, from scratch, a rear inlet manifold for the Keihin FCR matched to the front manifold. Sounds easy? Well we had to get it into what was a nearly impossibly small space for the bulky flat-slide units - pressed right up against the frame and aside the rear shock. Up against the frame? There's now 2mm clearence on one side, 4mm on the other and a whopping 8mm (!) gap between the carb body and the shock unit. 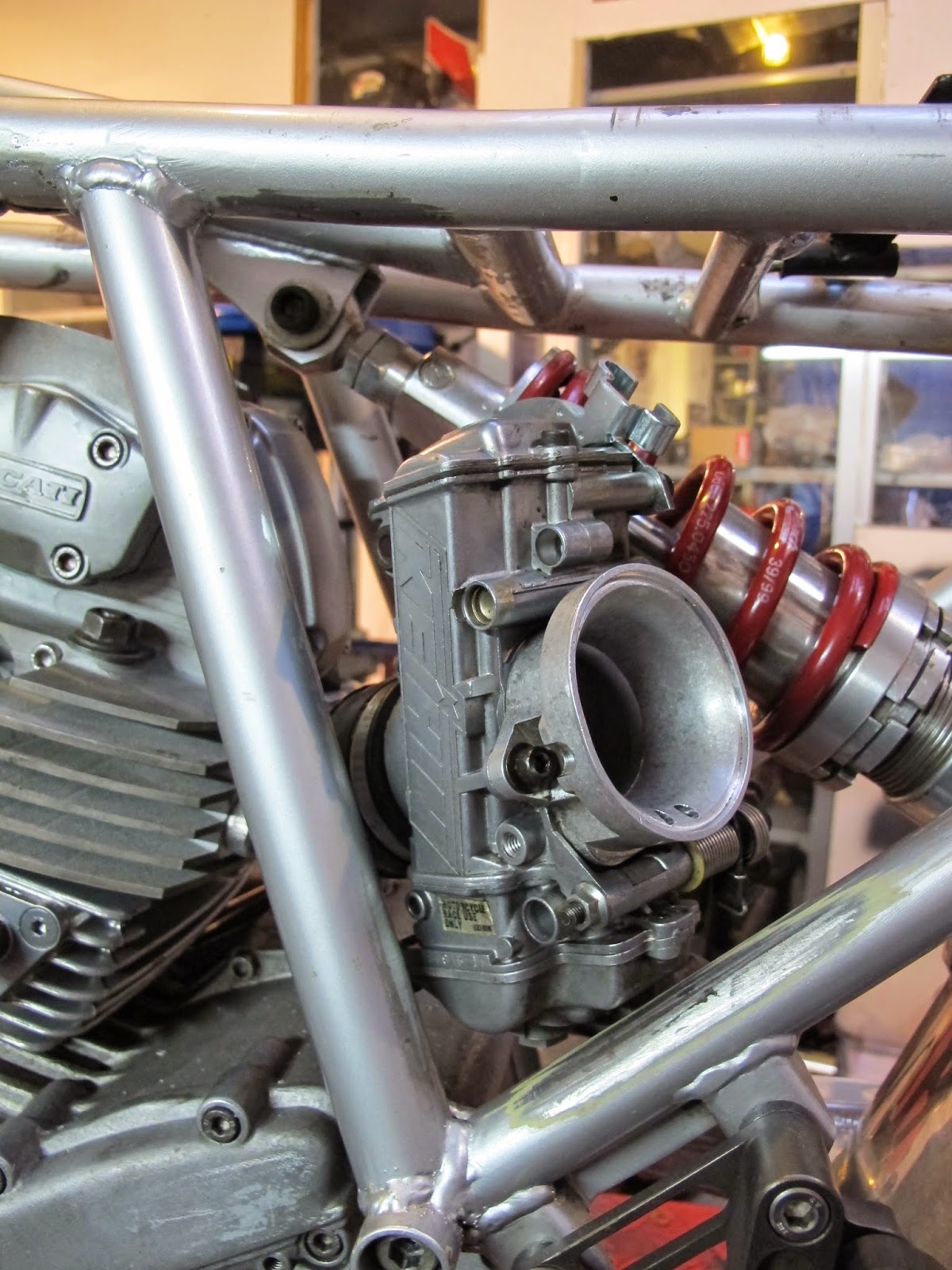 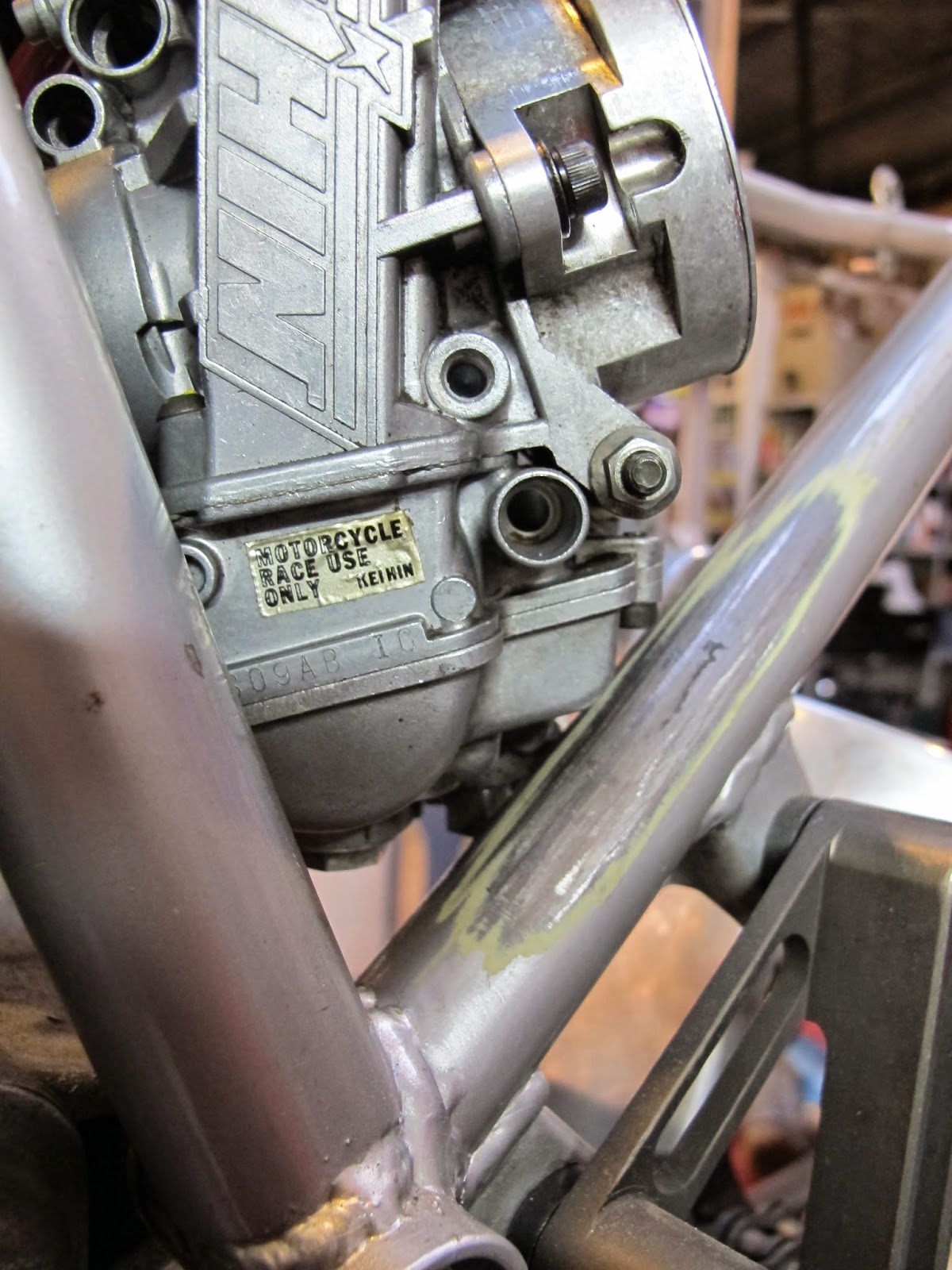 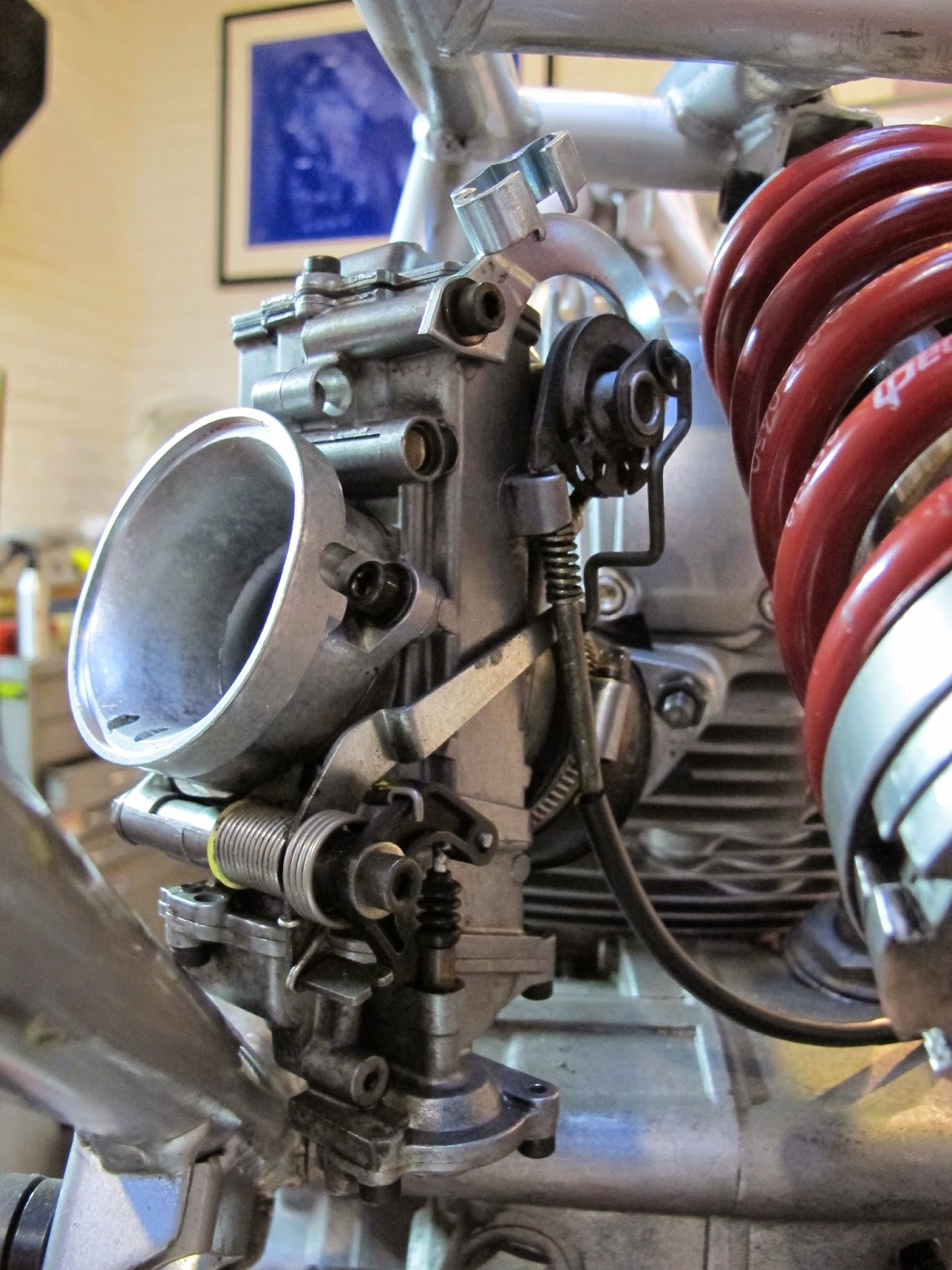 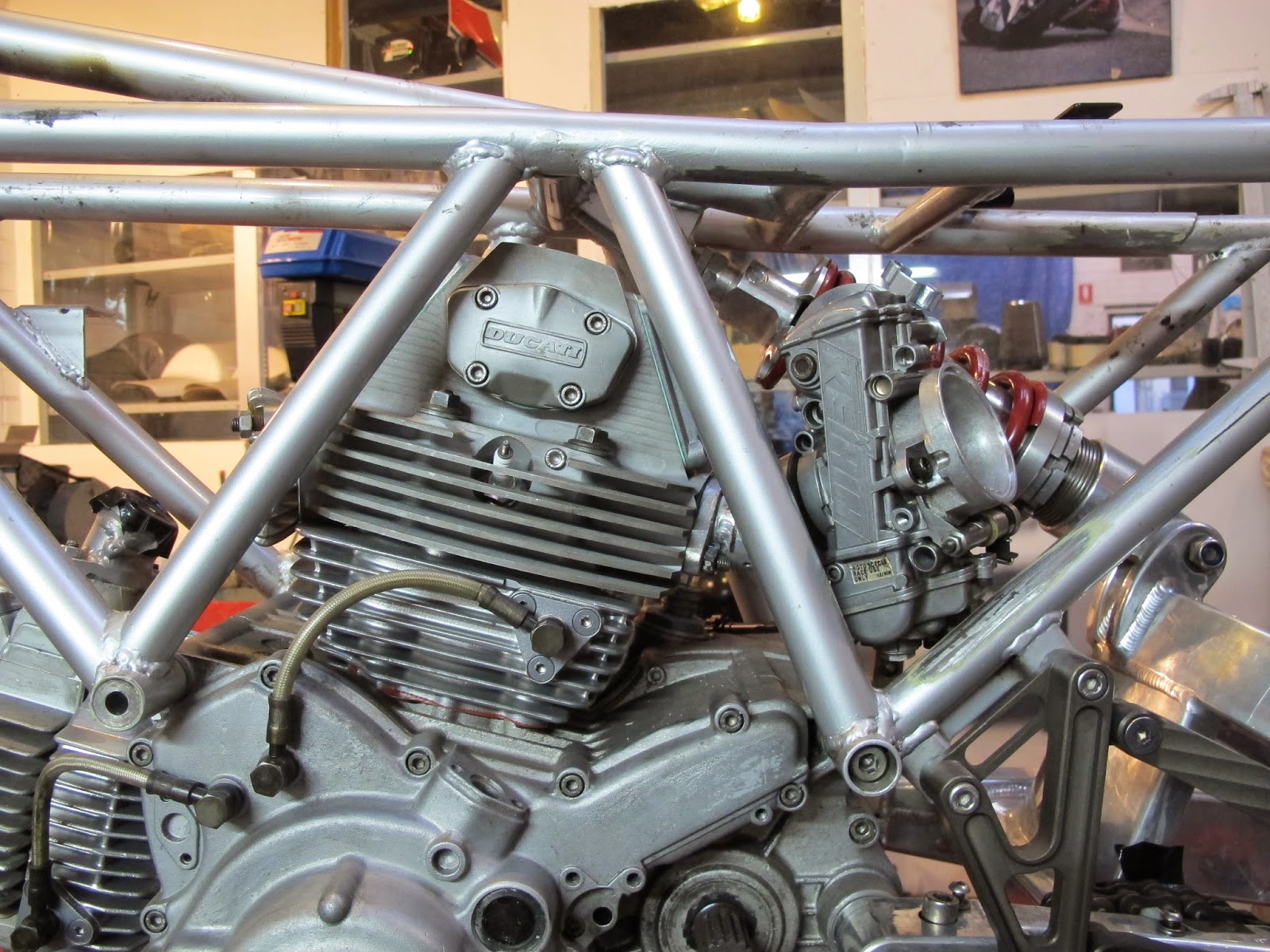 It doens't look like much but there's quite a bit of work in there - as often is the case with the best work that you can do on a motorcycle. We absolutely loved working on this very special bike. I like to think that we would have done Bob Martin proud.