First of all we need to get through a backlog of information on what we've been up to, before we can get around to telling you what we've been doing in the last few months. So we're going to rewind to the #8 SR400. There's a few cool things about this bike but here's a bit of information about the front brake.

The spoked-wheel SR400 had two versions of front brakes - the disc, which is most commonly seen, and the drum, which has a bit of a bad reputation which is undeserved in our opinion. When set up properly the drum can be just as good as the disc. But anyway, here's what it looks like standard. 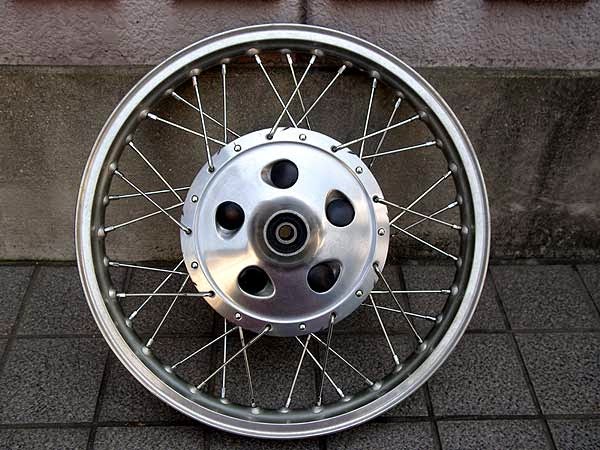 They look like holes, but they're actually black plastic caps over alloy. Cheeky Yamaha. And the other side is the same... 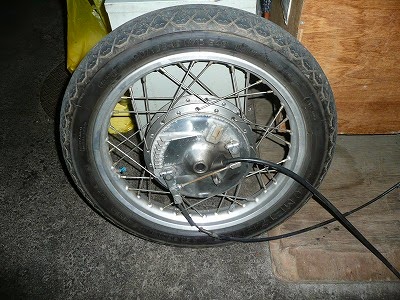 On the left hand side of the front of the drum you can spot what looks to be an air intake. It actually isn't - there's no holes machined in there at all, just fins.

So with the #8 SR400 we took the right hand side of the drum brake cover and decided to open the holes up. They were bored through at an angle and then die-ground, dressed and finished. Eventually they looked like this. 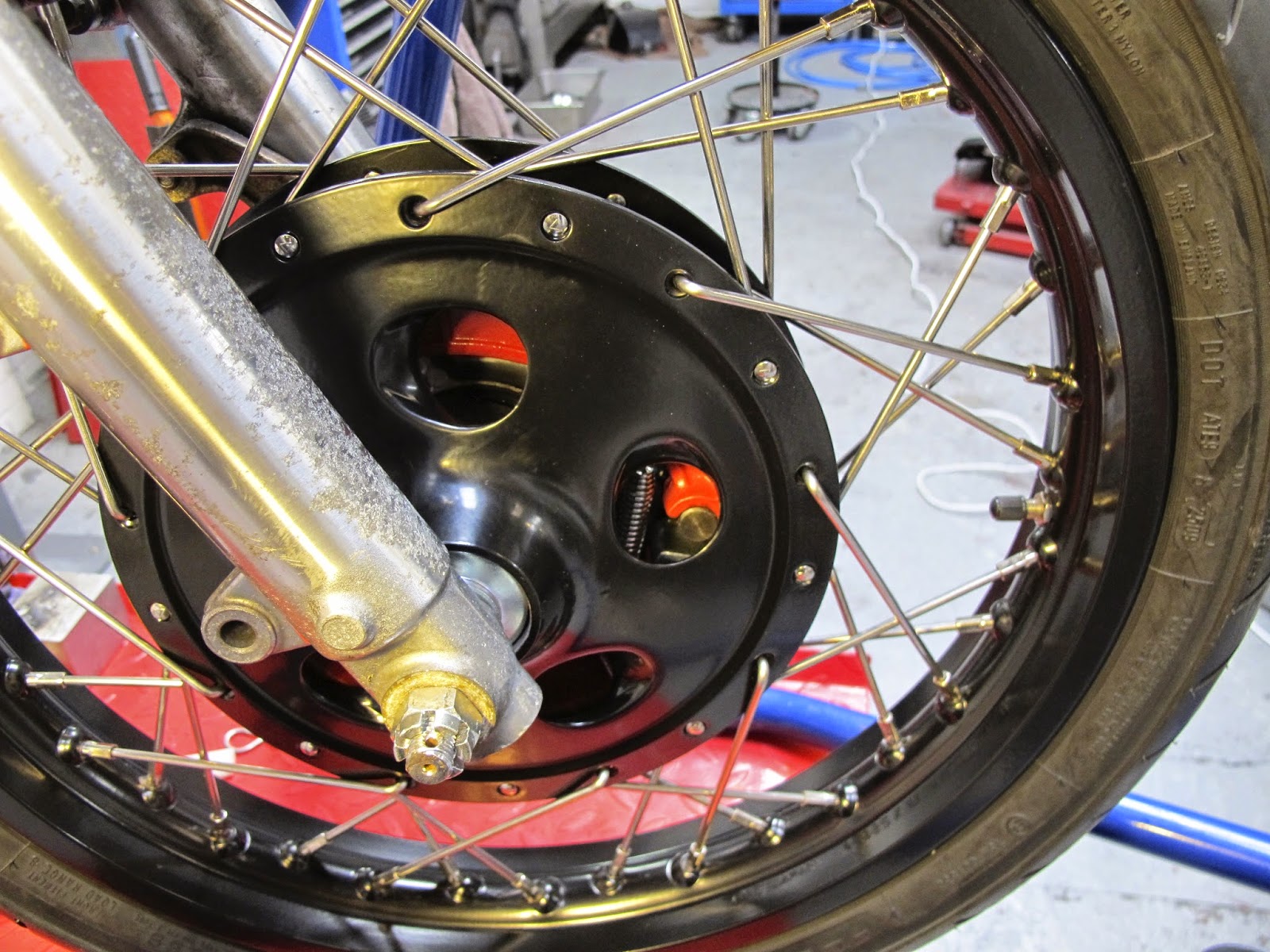 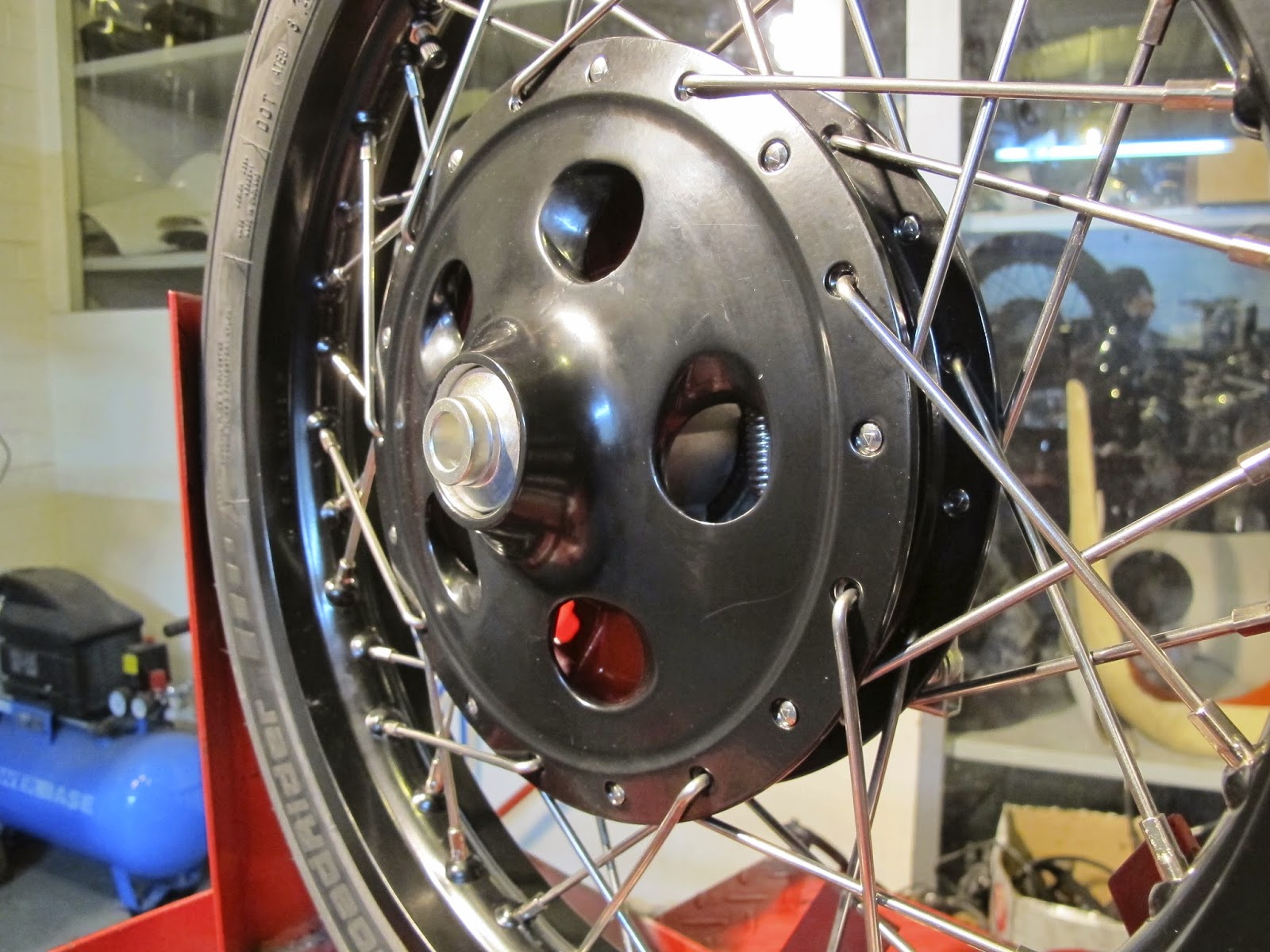 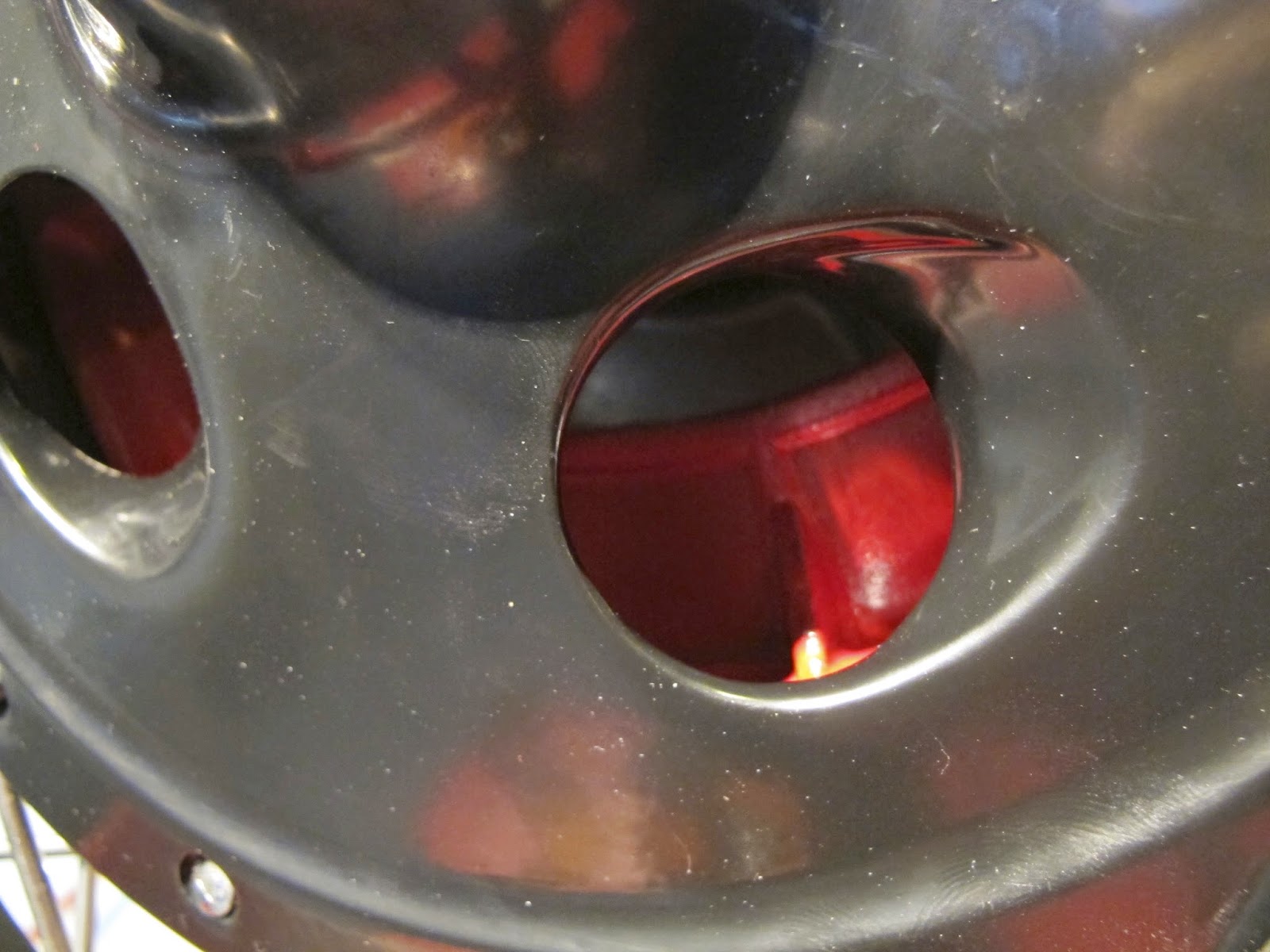 Looks good when it's running as well. Gives the bike a little bit of colour. 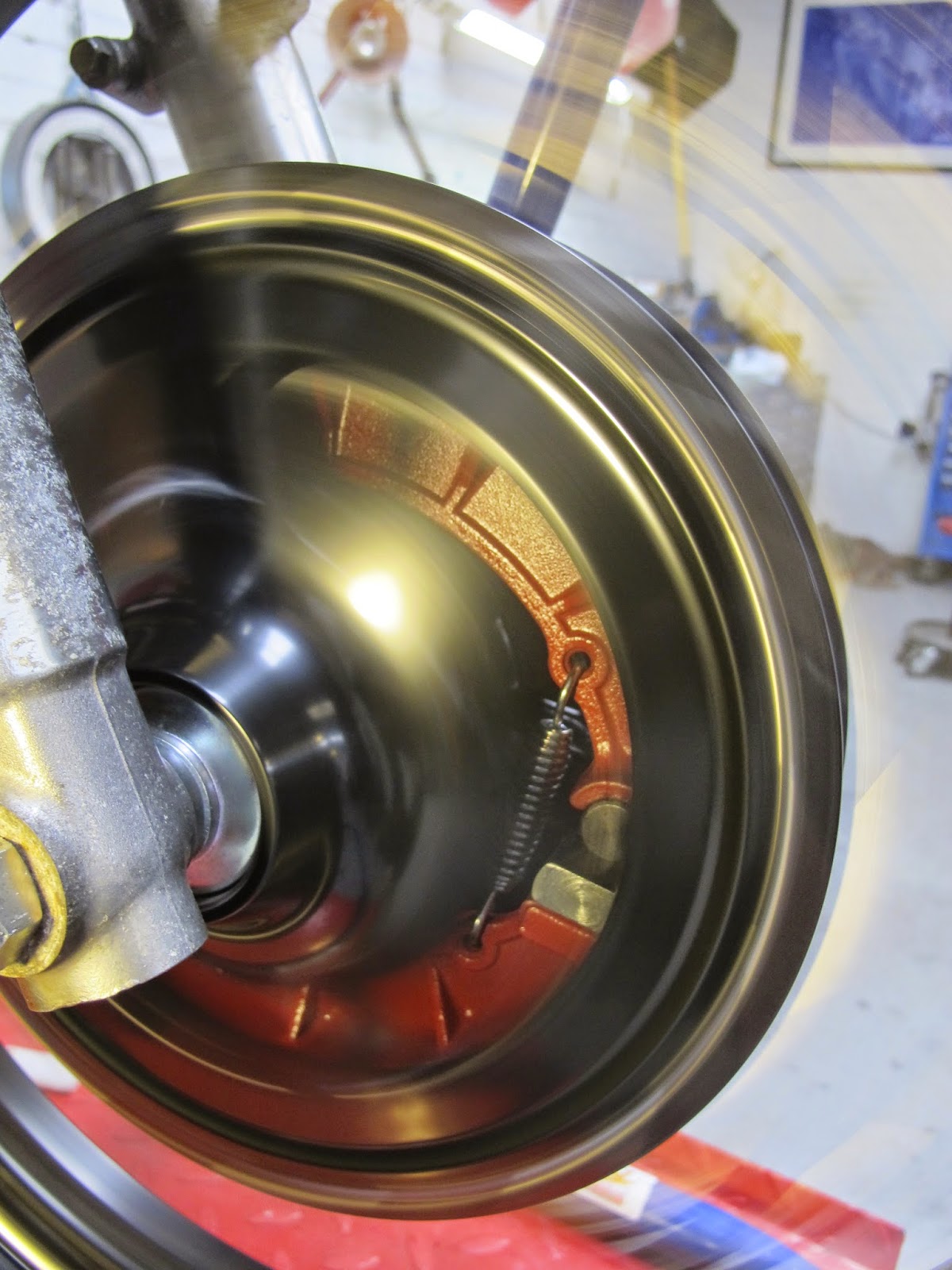 And here's a brief video of it in action:


The other side was opened up and an intake fabricated. 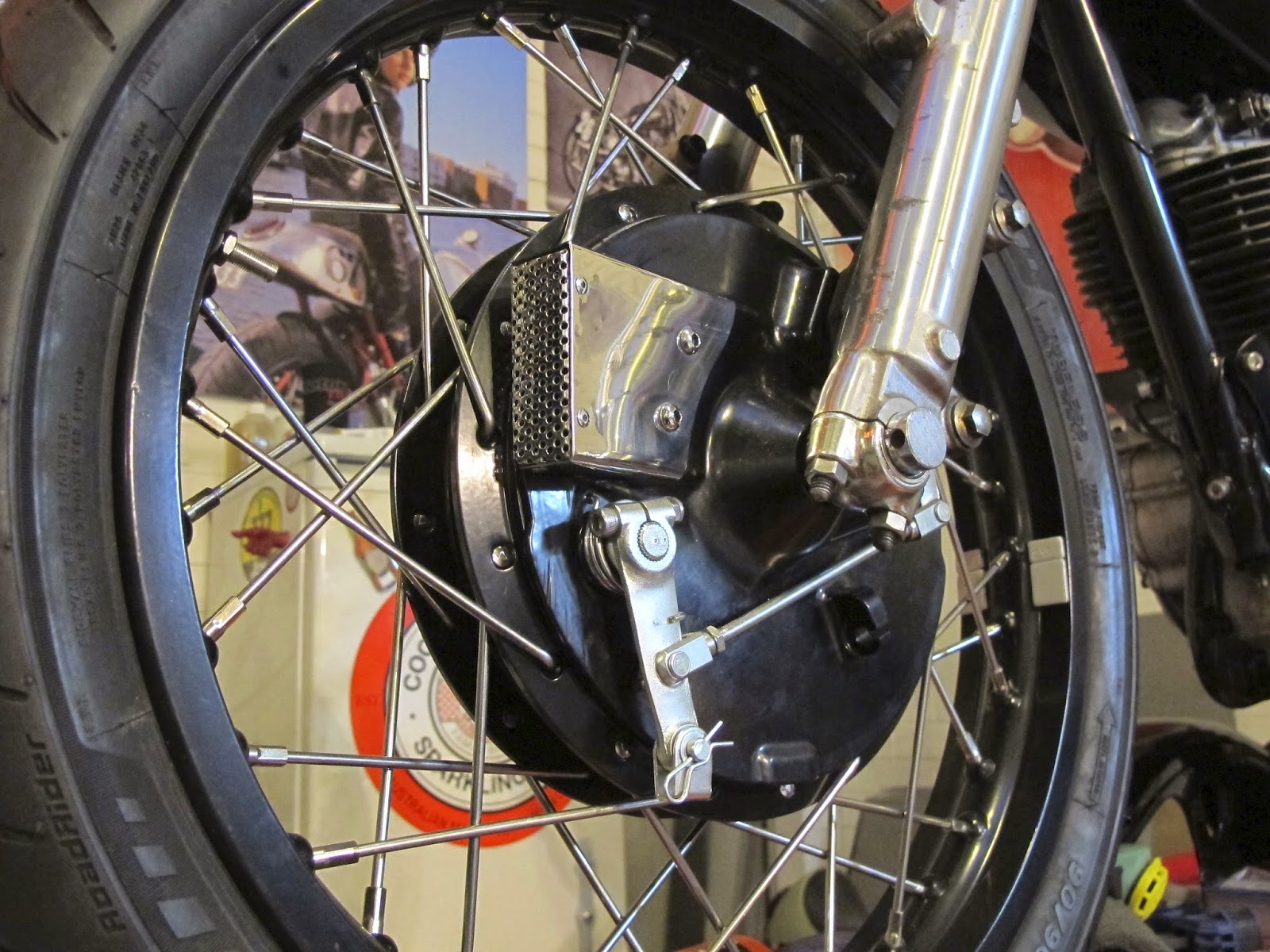 All in all it looks a lot better than the original Yamaha SR400 front brakes - and it'll be more effective too.