The next job we had for the French Ducati was to fabricate a 2 into 1 exhaust. We did all the sums to work out the best internal diameter of the pipe which had to match the exhaust ports - which had been opened up quite a bit.

The finished pipe also had to provide the most ground clearance possible. While people will often cite ground clearance as an important feature the owner of this bike actually needs as much clearance as possible. I've no idea if he's Rossi's second cousin twice removed but he absolutely hammers along on this thing and hasn't yet been seen slowing down for corners. 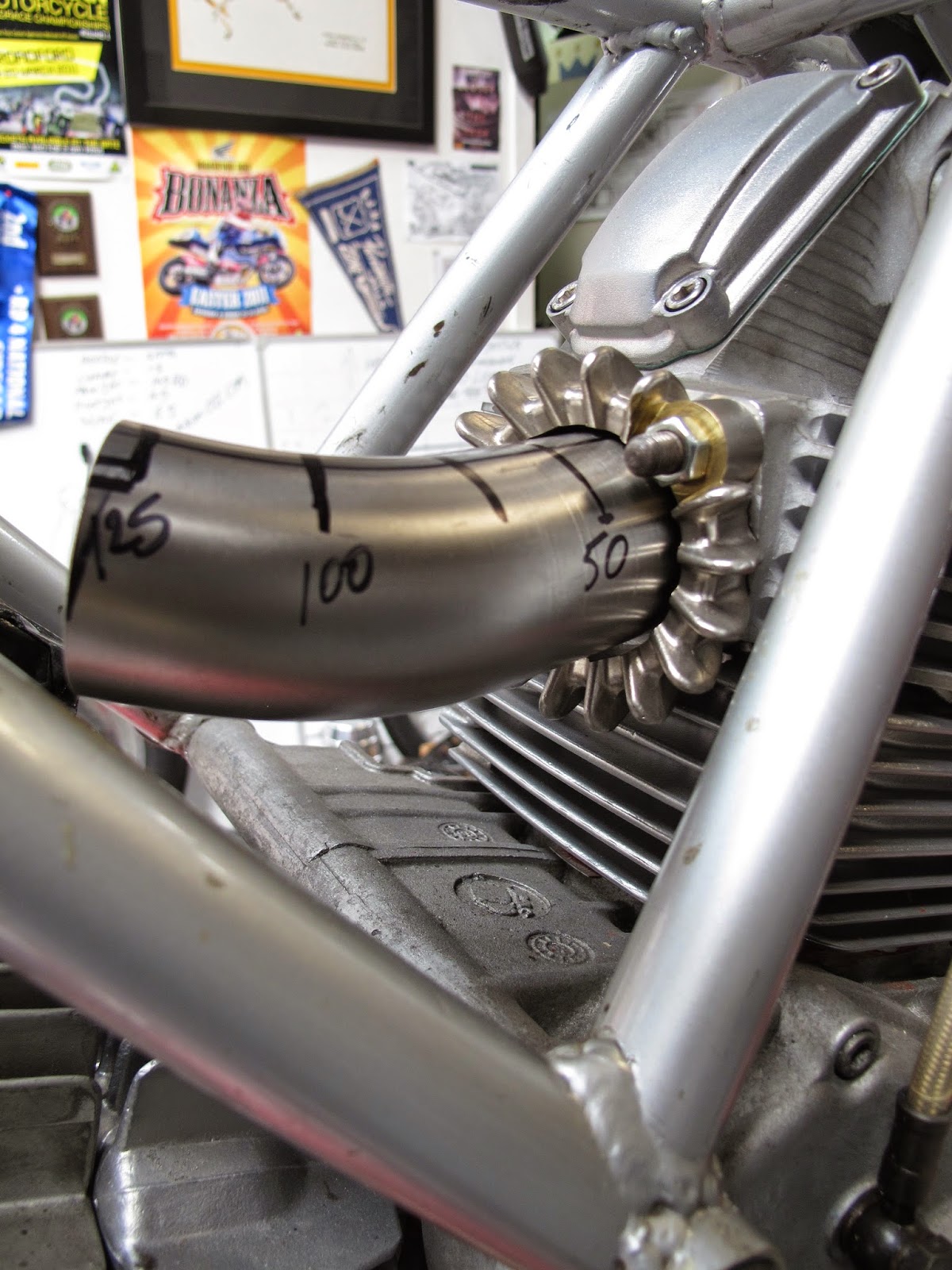 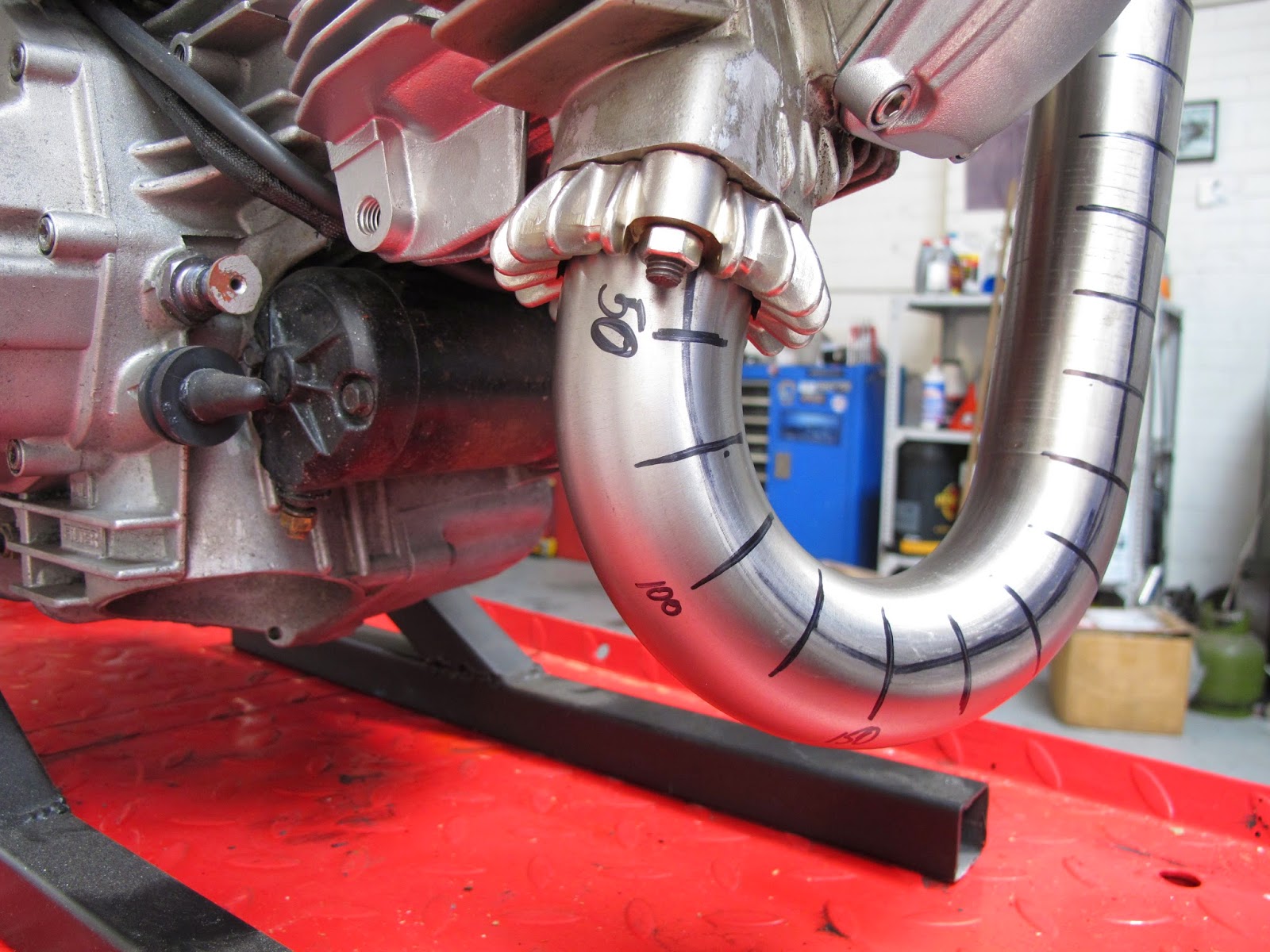 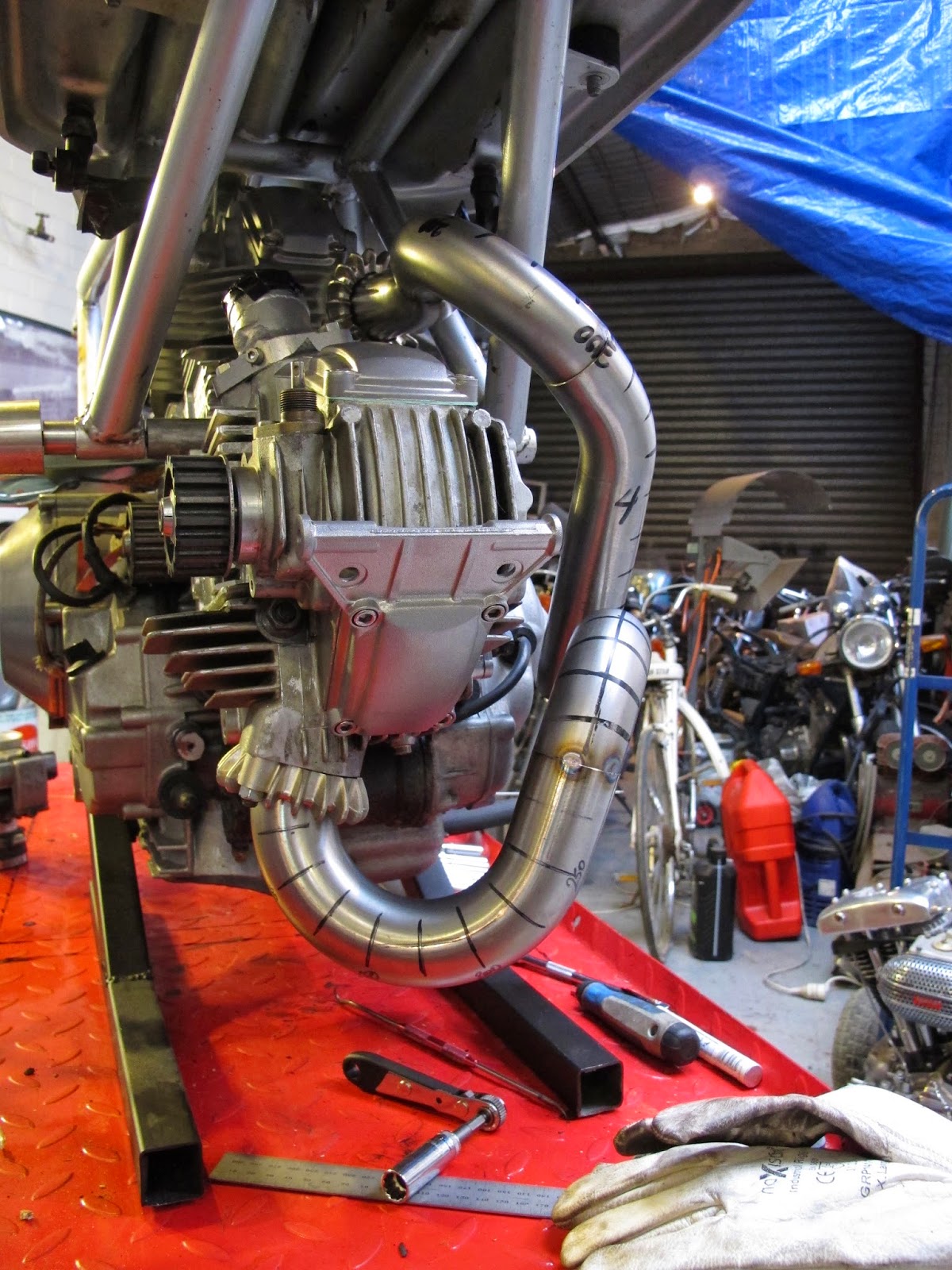 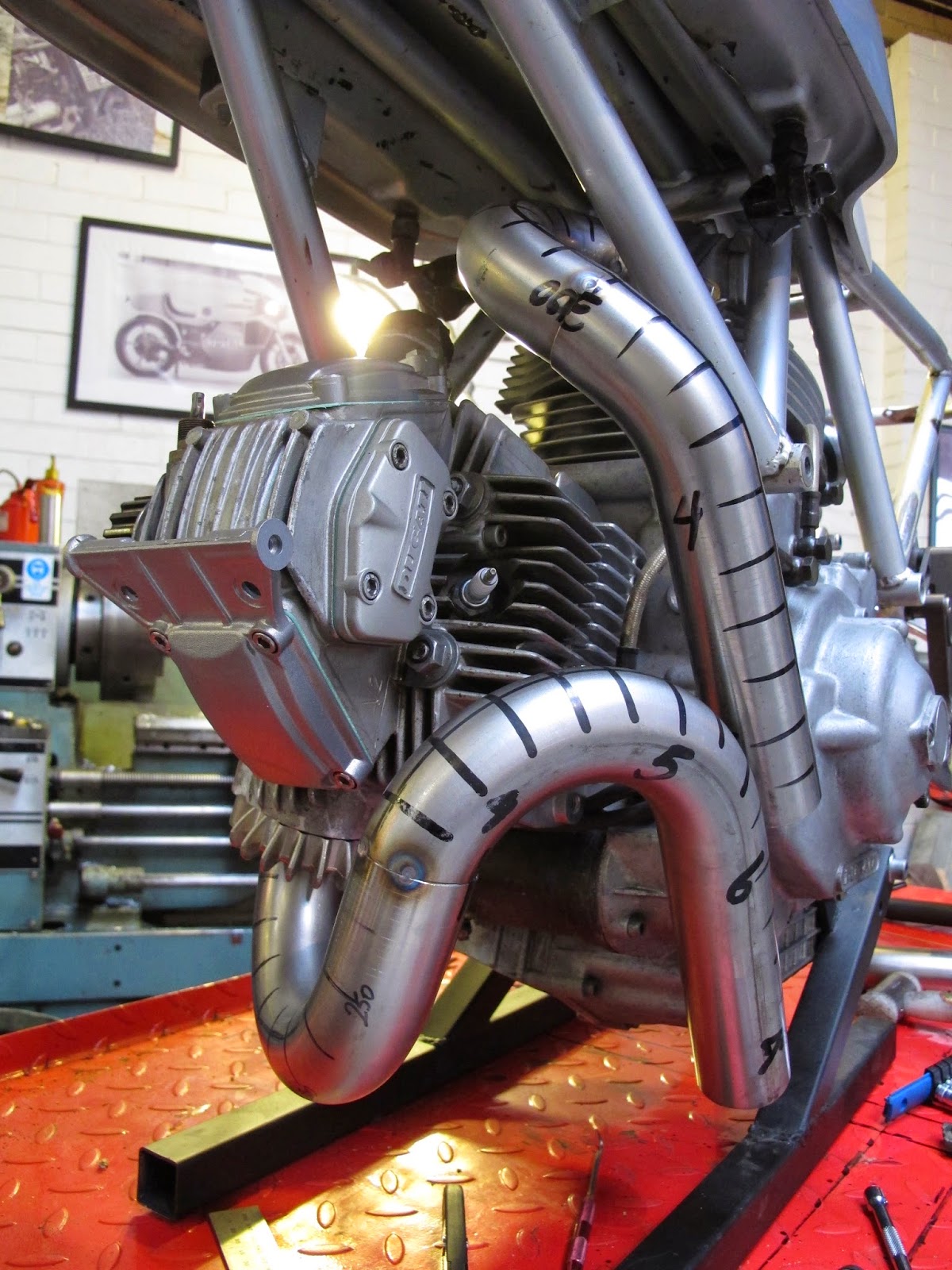 Once we'd fabbed everything up so the headers met at the same point - with less than 5mm in difference between the pipes - the internal diameter of the pipe was stepped up so that no restriction in gas flow occured. 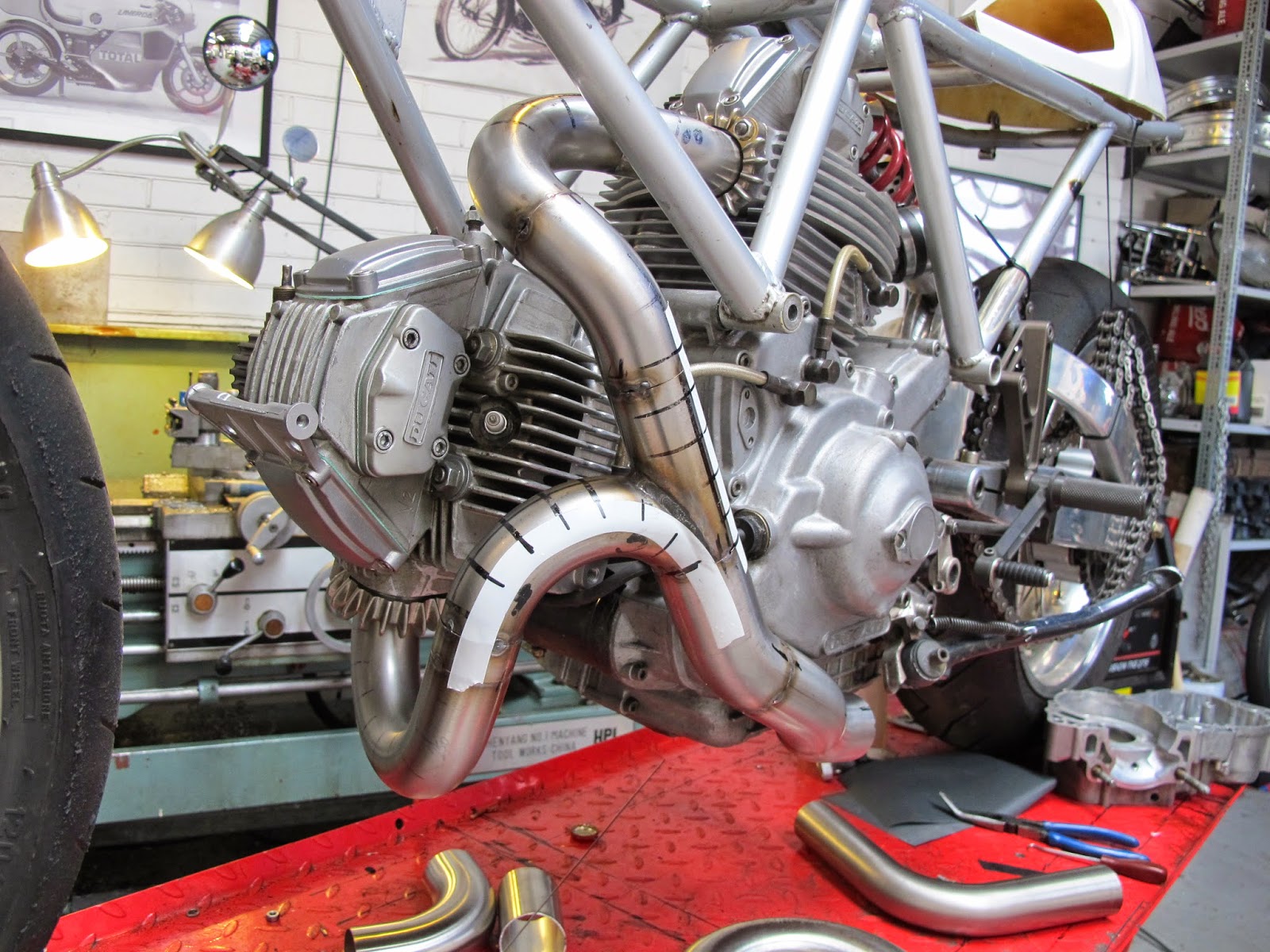 Once tacked into place the headers were removed, braced in a cradle and gas purged for the entire welding procedure to ensure full weld penetration and smooth weld surfaces on the inside of the pipe. Which is, of course, where it matters most. 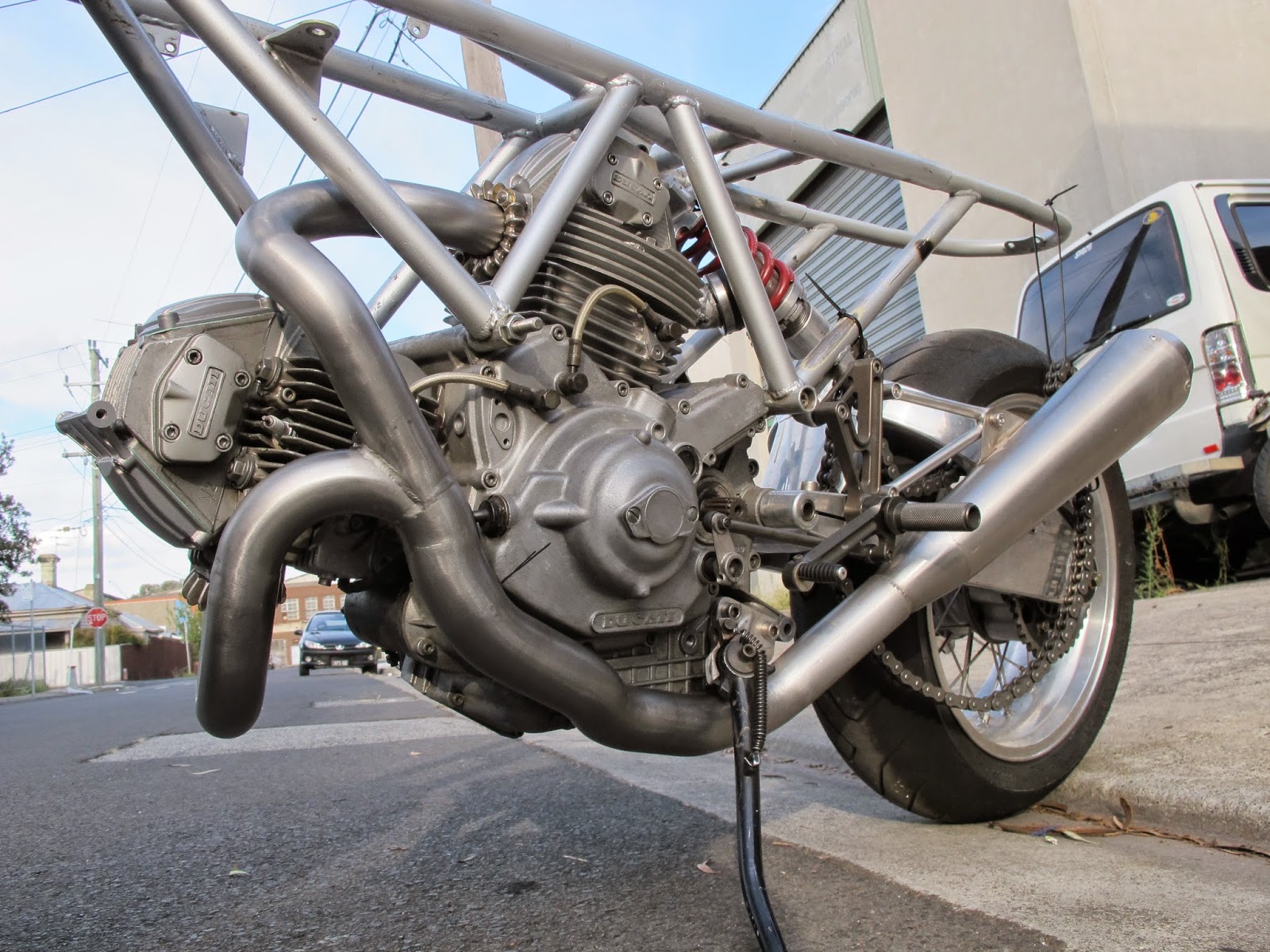 The pipe clears the motor by around 2mm in three difference places. We love this bike and are really excited to have been a part of it's history.
Posted by Marlon at 7:29 PM